Meet the winners of
our cover design contest

How votes were tallied
Members ranked each finalist from one to five, with five being the highest score. These rankings were assigned point values. The winners were the two entries with the highest number of total points.

Whether you entered a design, took part in the voting process, or both, thank you! It is your enthusiastic support that makes this ministry so exciting. We enjoyed 130 creative submissions, and it was difficult to pick just 20 finalists for member voting. Two winners were selected by member votes. Take a moment to learn more about them:

Jason told us that the photo was a collaboration with his wife Ginger. 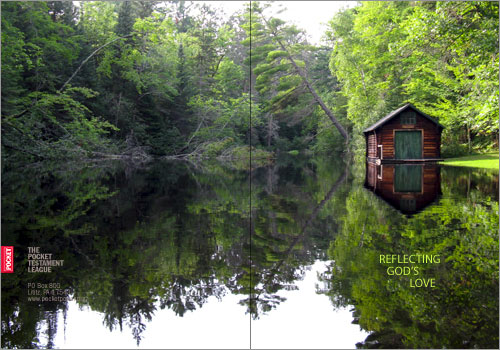 This stunning image was shot during a canoe trip in August along the Brule River in northern Wisconsin, which empties into Lake Superior.

He described the idea behind it for a cover as a "Beautiful example of the peacefulness and stillness of God." We couldn't agree more, and members did too, making this the highest scoring design.

Anna is a stay-at-home mother of two, working part-time as a web designer and author for the evangelism ministry LivingWaters.com.

Her concept was based on Ecclesiastes 7:2, "Death is the destiny of every man, the living should take it to heart." 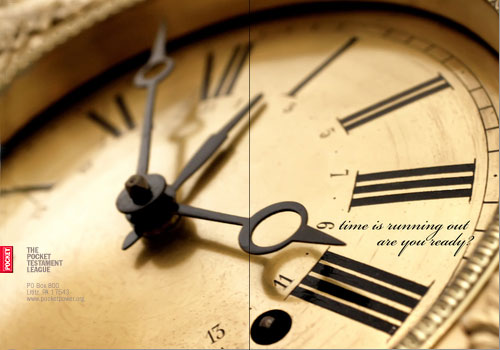 Anna wanted to see a cover that would help people think a little bit about their own mortality. "Most unsaved people avoid thinking about death," she says, "but the Bible says they would be wise to do so. I hope this design will plant that thought in the minds of the people who see it. Because there's nothing more important than where you spend eternity."

The winners were chosen based on how members ranked each of the finalists. Points were assigned automatically depending on how many stars each member gave to each cover. Some finalists were separated by a mere 2/10 of one percent! But these two were clear winners throughout the voting period.

We'll send out an announcement when the new covers are produced and ready to order. All the entries have been posted on a special page so you can look through all 130 designs. Feel free to see what people sent in. There were some very creative ideas! View the entries now